We are excited to be offering dates in 2020 for Thermographic Diagnostic Imaging. 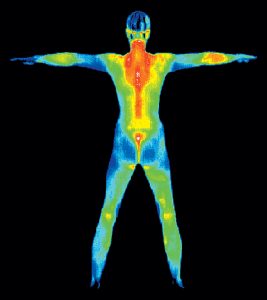 TDI believes in honoring the divine feminine with the gentle and very effective modality of Thermography for breast health screening. Thermography allows women to maintain their dignity while empowering them to be proactive in their health and wellness concerns. Thermography utilizes state of the art FDA approved infra red technology to look at the breast from a physiological standpoint. It is well known that physiology predates anatomy by seven to ten years, so with Thermography the potential exists for early intervention of a proactive nature to facilitate the best possible outcomes. The screening is completely non-invasive, with no compression or radiation. By detecting thermal asymmetry from one side of the body to the other, we now have more information with which to make a diagnosis of breast, thyroid, and dental abnormalities not available with anatomic tests such as x-ray, MRI or mammography.

Medical Thermal Imaging has been available as a valuable assessment tool for more than 50 years, and its non-medical application pre-date that by a decade. This tool has withstood the test of time. With the increasing technological advances fo thermal imaging cameras and the newest and best software available, a better question would be…

The focus of healthcare should be on prevention. Individuals are becoming better educated regarding their health. Early detection of problems allows for pro-activity and assures the best possible outcome of treatment. Thermography often provides an answer that the medical community is seeking but has been unable to find. 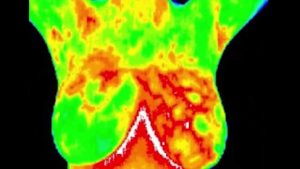 Thermography detects the physiologic changes in the breast tissue that have been shown to correlate with cancerous or pre-cancerous states Since thermal imaging detects changes at the cellular level, studies suggest that this test can detect activity eight to ten years BEFORE any other test. Thermography has been determined to have an average sensitivity of 90%, and when used as part of a comprehensive multifaceted approach (clinical exam, thermography and anatomic testing) will lead to early detection of 95% of early stage cancers. This increases the long term survival rate by as much as 60%.

Thermography can be done on women of any age and men as well. It is especially useful in the under 40 year old group (where breast tissue is denser), in high risk groups (children of breast cancer patients), on those who have been on long term hormonal therapy, those with breast implants, and individuals who have undergone surgery.

Recent research has shown that dental infections are responsible for a variety of ailments such as heart disease, stroke, obesity, pregnancy problems, diabetes, respiratory diseases and osteoporosis. The combination of infra-red imaging and conventional dental techniques could facilitate earlier detection of infections than those that could be detected by x-rays alone.

Individuals with thyroid symptomatology frequently lack corrobative blood testing. Anatomic testing such as ultrasound is valuable for the detection of nodules but offers little information as to the function of the gland. Thermal imaging is a physiologic test which offers a different perspective when evaluating thyroid disorders.

Why do you need testing?

Results of diagnostic testing provides a framework for the program and lifestyle that will best fit your needs. Whether you need vitamin supplements, or a diet adjustment, every recommendation and program is customized to meet your needs, based on your health.

Do not guess what your condition is. Test to know what your problems are.

Begin your journey to wellness today!